What an amazing and emotional day today.

Got up this morning and could hardly see 10 feet in front of us as it was thick thick fog.

Had our breakfast and I pumped my tyres up and off we went. So thick that we had our lights on and reflective clothing on.

I needed windscreen wipers for my glasses as riding through the fog was very damp.

Rode out of town and bike paths and lanes everywhere. Love it and felt very safe riding in the thick of it.

As we were riding along out of nowhere came this guy on a motorbike in full army dress. He was riding back to the UK

We rode out to Amaranche where the Normandy invasion happened and of course yesterday there had been lots of celebrations.

There were lots of veterans wandering around and I had my photo taken with one man who was 94 and been in the invasion of Normandy. His photo was blown up and on the wall outside the tourist office and inside the coffee shop was a photo of him when he signed up and now.

He is the man to the left of me.

It was so emotional seeing all this and as I said the fog was really bad. There was a museum there with wreaths laid at the front door and a very emotional poem. 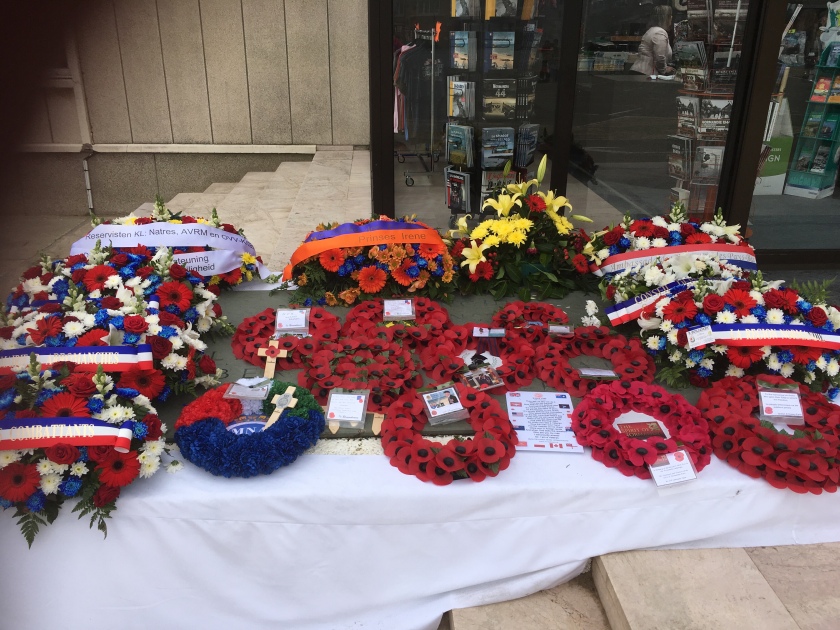 We saw so many wonderful things on the road as we cycled along. Gorgeous houses

There seemed to be a continual lump in my throat and tears in my eyes being there and seeing all this today. War is such a terrible thing.

We then cycled up the hill to the 360degree cinema and watched footage of the invasion and OMG. I couldn’t stop crying. So emotional and such a waste of life as so many men were 19-23. 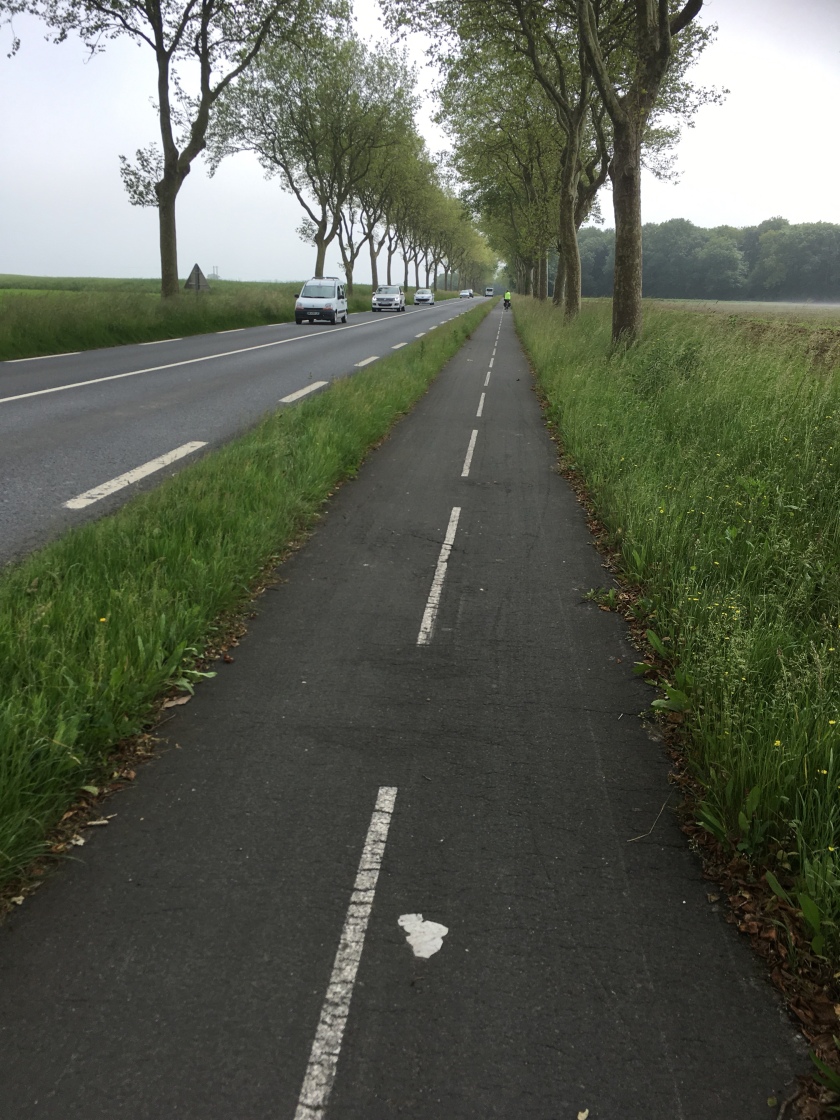 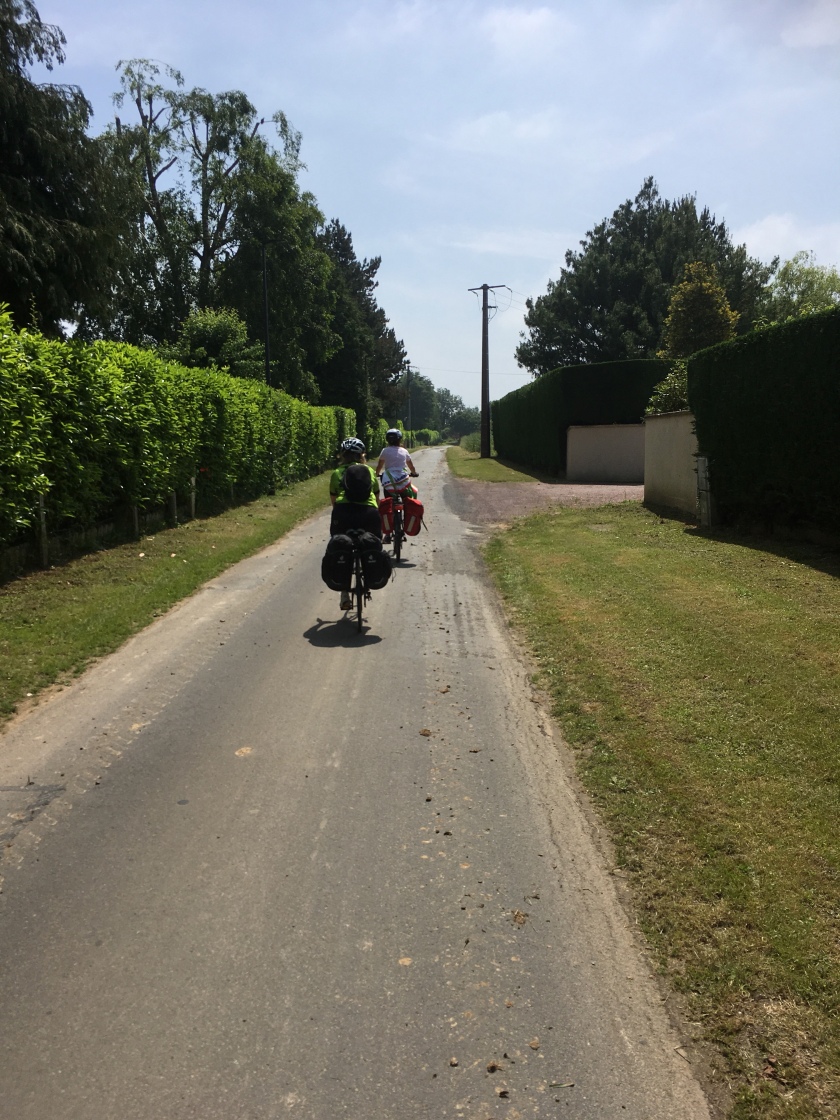 On the way into Caen there was a British cemetery that we stopped to look at. Beautifully looked after but so young the people that were in the cemetery. Some gravestones said ‘unknown’ known to god. Very moving 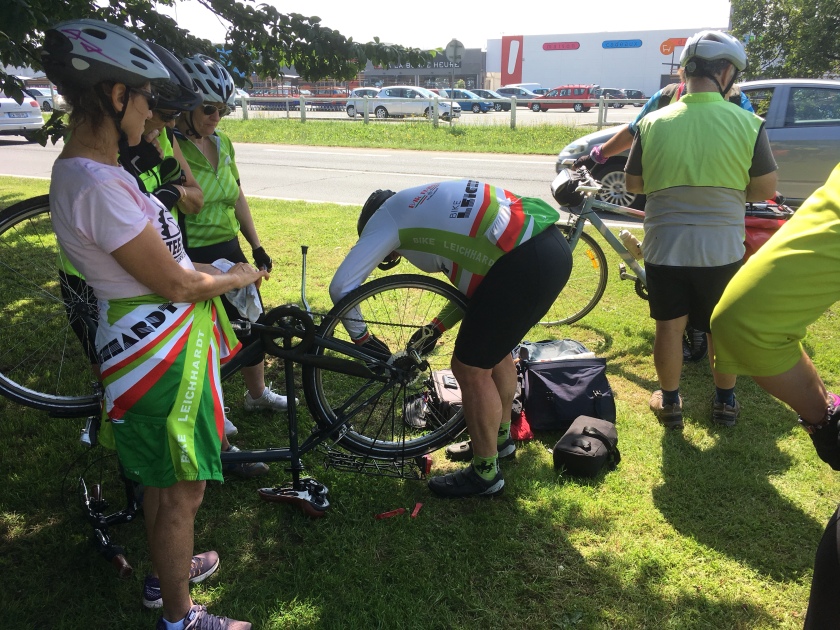 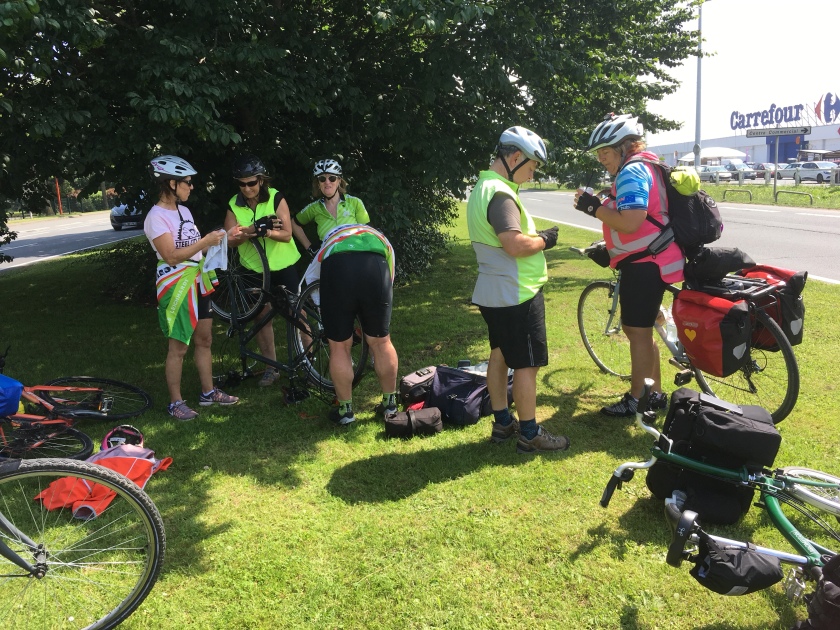 So we arrived in Caen at about 4.30 right on peak hour but great bike paths so not too bad. Found our hotel and we are settled in.

Jane and I showered and changed and out into the town.

Caen was another town that was bombed during the war so lots of new buildings rather than the beautiful old architecture of pre-war.

We had drinks and dinner and met a lot of English men who were related to people in the war who were down here to celebrate.

One thought on “Bayeux to Caen”

This is a text widget. The Text Widget allows you to add text or HTML to your sidebar. You can use a text widget to display text, links, images, HTML, or a combination of these. Edit them in the Widget section of the Customizer.
%d bloggers like this: