It was Saturday night in Leon and the fiesta didn’t end outside our window until 5.30 this morning so a few cross people this morning.  Didn’t worry me I am totally in another space now and little upsets me.  My head is in a totally different space.

So as I left town this morning at 7.15am I was witness to all the young people of Leon spilling out of clubs and going home.  They were all sober and as I followed a couple of them down dark streets I did wonder how it would turn out but they all said buenos Diaz and carried on.  Hate to say this but wouldn’t happen in sydney!!

It was quite a walk out of town and eventually made it to La Virgen Del Camino and who should be sitting at the cafe but Alison.  I decided it was too early for me to stop so kept going. 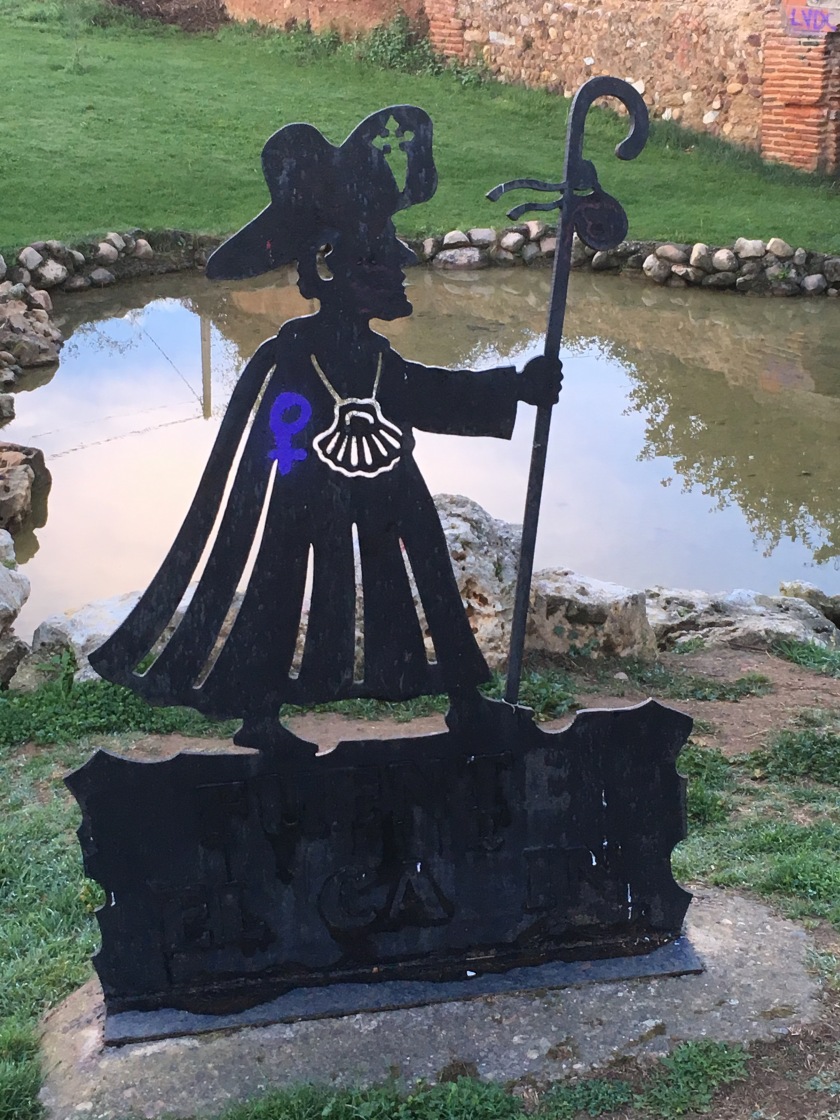 The last week or so have been travelling through the meseta and very flat and right beside the road which is pretty draining. Well today there was an alternative path that took me out of La Virgen Del Camino and headed into the countryside away from the main road.  It was still marked as the Camino but took you right away from the highway.  Through Fresno del Camino and on to Oncina where a man was waiting on his bicycle to take us, if we wanted to, to his little ‘cafe’. He had set it up in the front of his house and there was a dome tent sort of on one side that was the toilet and another one on the other side for your wifi and then in the middle he had tables and chairs and he then proceeded to pour you fresh orange juice, coffee (best I have had to date) and a little muffin/cake. The fun bit was this 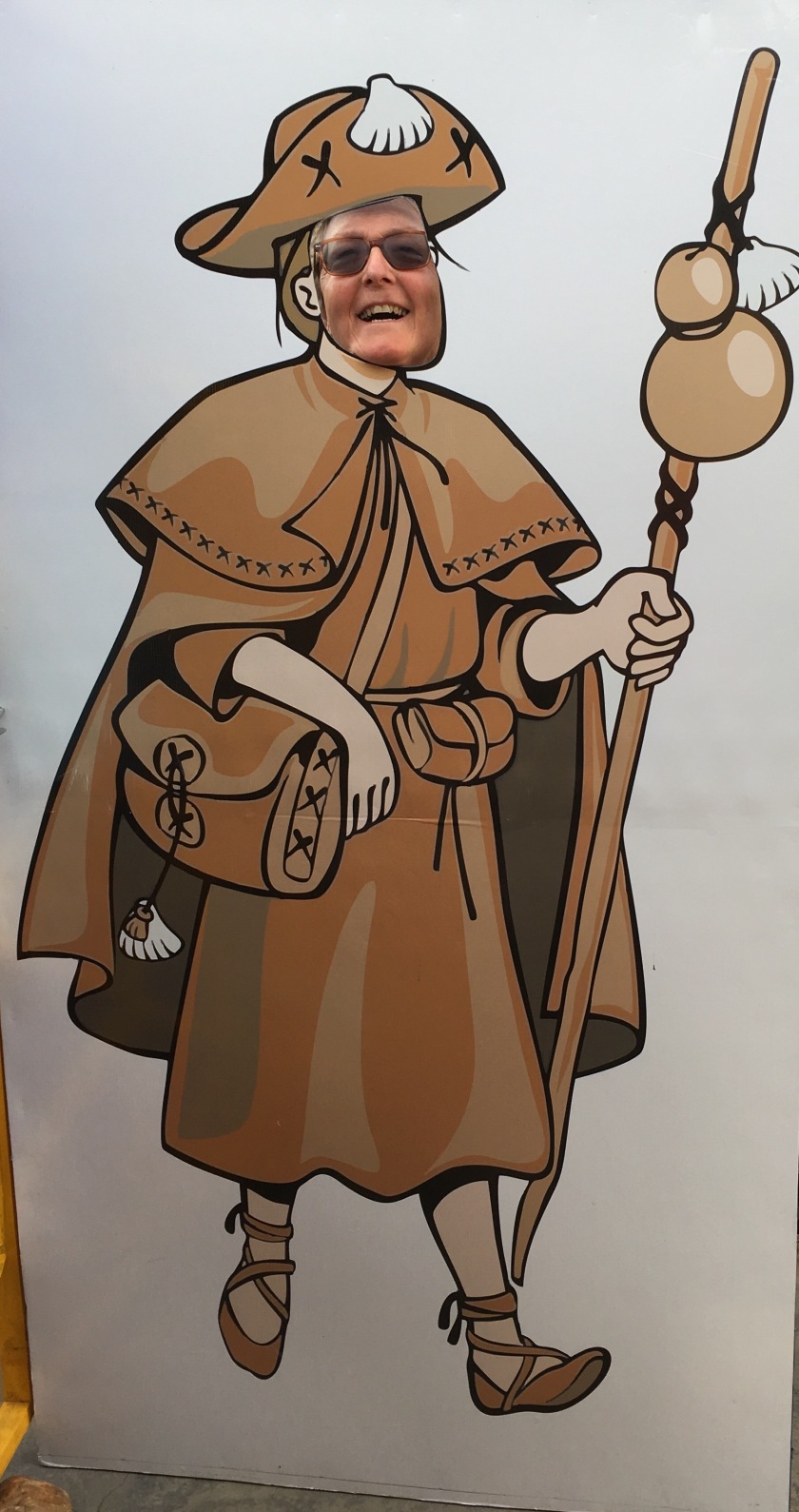 The lovely man only asked for a donation for all his hospitality so a few coins in the jar and I was off.

I am still in the heart of the wheat and corn growing area of Spain so again very flat.  A little overcast today which gave a well needed respite from the sun as not much shade. 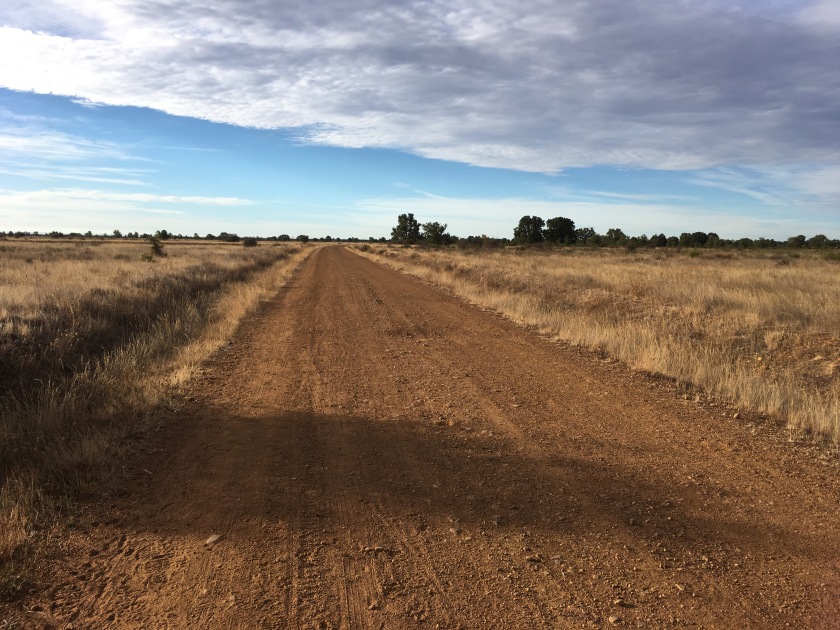 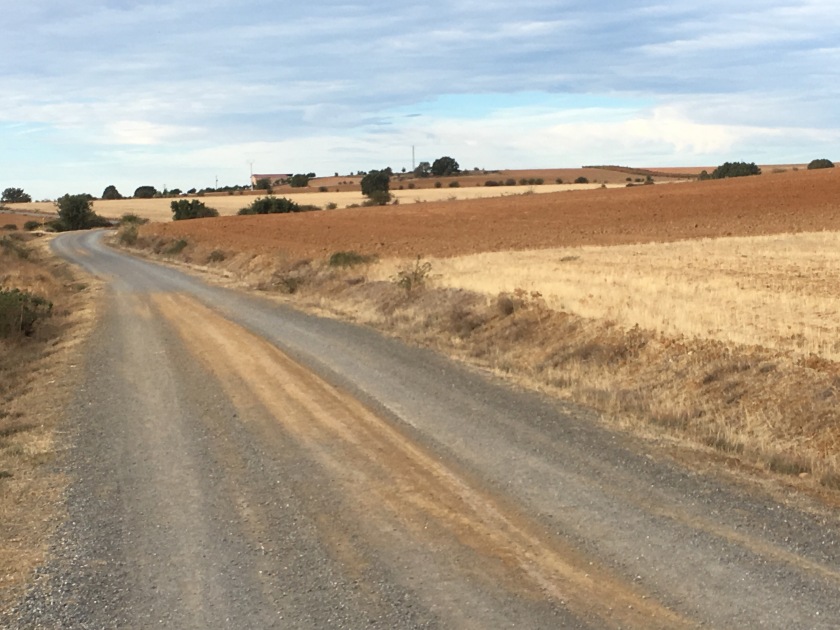 Made my way into Vilar de Mazarife and thought I would stay there for the night but it was only 11.30 and felt like I had a few more kms in me so after sitting on a bench in the street and eating a nectarine and taking my shoes off and giving my feet a bit of love I headed off out of town

Well big mistake.  I thought I wasn’t going to make it.  It was another 14kms down the road and there was nothing in between.   My feet started to hurt and I could feel the pain.

But what could I do – grin and bear it as there were no taxis, buses or transport of any kind where I was.

I eventually got to Villavante and virtually threw myself in the door of the albergue and collapsed on my bed.

It is amazing how you are so tired and yet you take your shoes and socks off and have a shower and you instantly feel rejuvenated.

Once I had my house in order it was down to the bar for the mandatory cerveza.  I had passed and chatted to a South African, Peter and a Scotsman, Tom who I had met before and when I told them I was off to the pub they immediately followed me down and the 3 of us sat in the front bar and solved the problems of the world.

Thank goodness out pilgrim meal was early tonight – 6pm as I was hungry and tired.

I am putting this picture up on my blog so you can get an idea of what the walk will be like over the next couple of weeks as I get very close to Santiago. 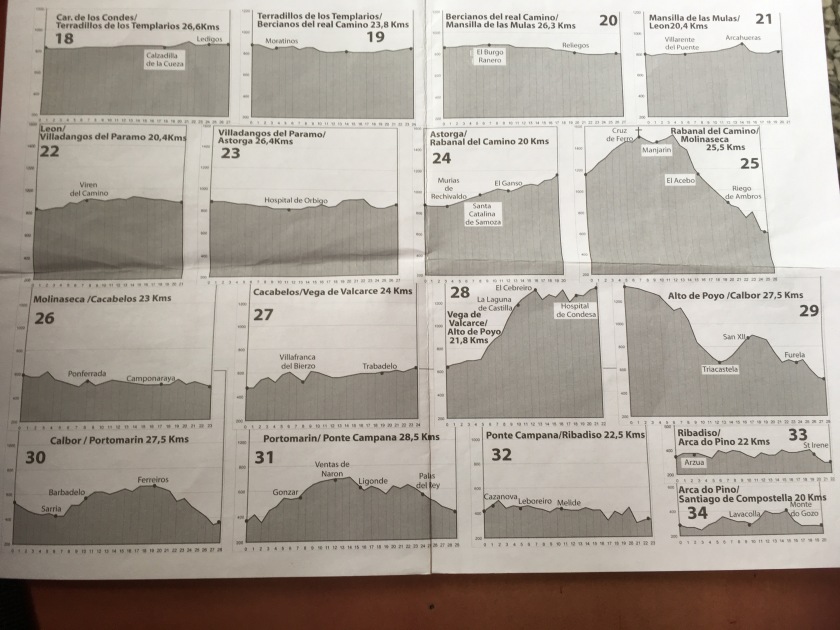 I am actually on day 23 tomorrow as I will be passing through Astorga so you can see the next week will be some very big hills to climb.  I am quite used to climbing hills now but coming down the other side is a killer on your knees. Thank goodness for walking poles.

I see you all got daylight saving last night which means I am now 9 hours behind you all.

Enjoy your day off tomorrow and think of me as I wander across the Camino a world away from you all.