I loved St Jean Pied de Port.  Little French village that is really old.  It has a citadel and ramparts all around the old town which you can walk around. Cobblestone and tiny streets and of course to add to its cuteness there is a river running through it.

I stayed in the first of many Albergue’s which are the pilgrim hostels.   It is like being back in boarding school with 20 bunk beds in a room.  Of course as I walk on they may be smaller or larger.  No men’s and women’s we are all in together and same with the bathrooms.  Everyone is so friendly and chatty and of course from all over the world.  Haven’t come across many Australians but that is ok.

As there are so many people in the rooms and everyone is keen to get started most people are up at 5-6am and off.  I have been sleeping like a log.  In bed by 9 and up at 5 but feeling so good for it.

First day on the trail most people had headed off by 8 but I had to post  some surplus stuff from my Paris week on to Santiago so I didn’t have to carry it.

I set off from SJPDP at about 9.20 and it was raining so on with the poncho and off.  I was walking with Palestinian’s. Mother and son, French, Mexican. A lot of Brazilian’s polish, and Americans and they are all my age or around that age so lots of comraderie.

I had been told that the first and second day were the hardest and they weren’t kidding.   On the road from SJPDP and it was virtually straight up hill, windy, raining, cold and we were walking in cloud so visibility was nonexistent but no cared it was just pure fun.  No one was in a rush everyone was walking at their own pace.   It was a very steep climb and took 2.5hrs to walk 8kms. First stop was orisson halfway up the Pyrenees on the way to Roncesvalles.  I had booked to stay in the refuge there and it was gorgeous. Here are photos of SJPDP and the walk over the ‘hill’ into Orisson.  Luckily once I got there it cleared and the view down the valley was spectacular

Ok I seem to be having a bit of difficulty loading a few photos so will keep on with my blog and try later.

Orisson was lovely. Just a very small refuge.  Luckily I had booked. Only 2 rooms with 5 bunk beds in them.  Of course we all arrived so wet and everything was wet so we had to try s dry everything. Luckily they had dryers and a bar.  So it was a hot shower shoved the wet things in the dryer and down to the restaurant for hot homemade soup and bread and sangria.  As I had left early in the morning and only had to go 10kms I was there by 11.30 so had all afternoon to while away the time. Luckily I had my book, lots of people to talk to and some sangria.

All the pilgrims accommodation includes dinner and breakfast.   Breakfast is bread (baguettes) butter and jam and tea or coffee.   All meals are communal at long tables and set menus so just put on the table.  Dinner last night was soup followed by roast chicken pieces and peas and carrot and potatoes in a big bowl.  Big carafe of red wine and desert was an almond custard pie.   Very delicious and we all had to get up and introduce ourselves and say why we were here.  It was so emotional.  Cancer survivors, mothers and daughters husbands and wives. Every possible reason to do this wonderful walk.

It was then into bed and didn’t hear a thing until I woke up at 5am this morning.

At least today it wasn’t raining. Still a little overcast but clearing. Set off with my Brazilian friend Guillermo and we walked together today.  He was a geophysicist who has just retired from Rio de Janeiro.

The refuge at Orisson had given us a sandwich as there was nothing on the way to Roncesvalles which was 16kms down the road but over the Pyrenees.  All I wanted to do all day as we walked through the clouds on top of the world was sing. The hills are alive with the sound of music!!!! Very like that last scene only it was overcast.   So we walked and walked and eventually crossed the mountain and came down the other side.  It was soooo steep.  Thank goodness for my walking poles.  Very hard on the knees also and of course very muddy and slippery but such a sense of achievement when the sun came out as we arrived at the monastery in Roncesvalles.

It is so beautiful in this part of the country and of course I am now in Spain.

I am not having any luck posting photos so will wait until I have better wifi.

It is time for a sangria so adios amigos until my next blog. 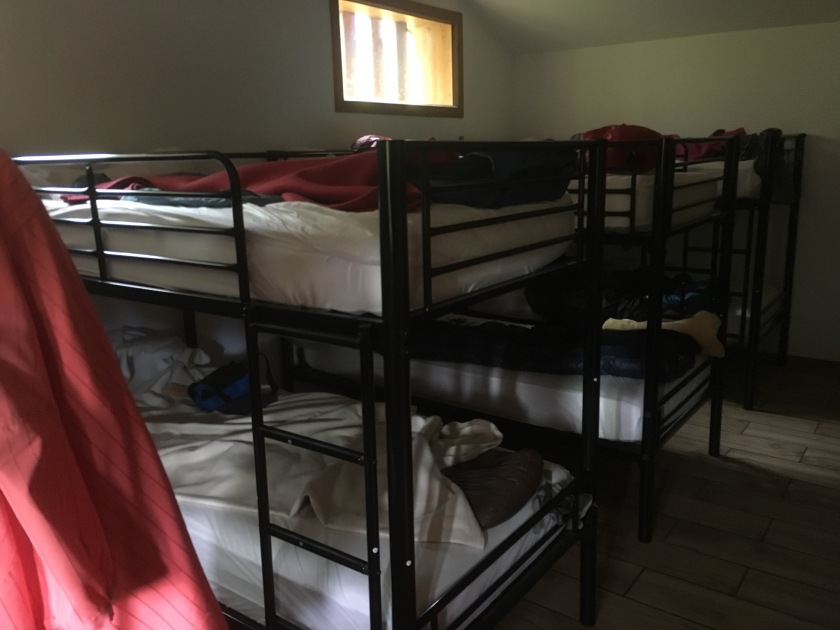 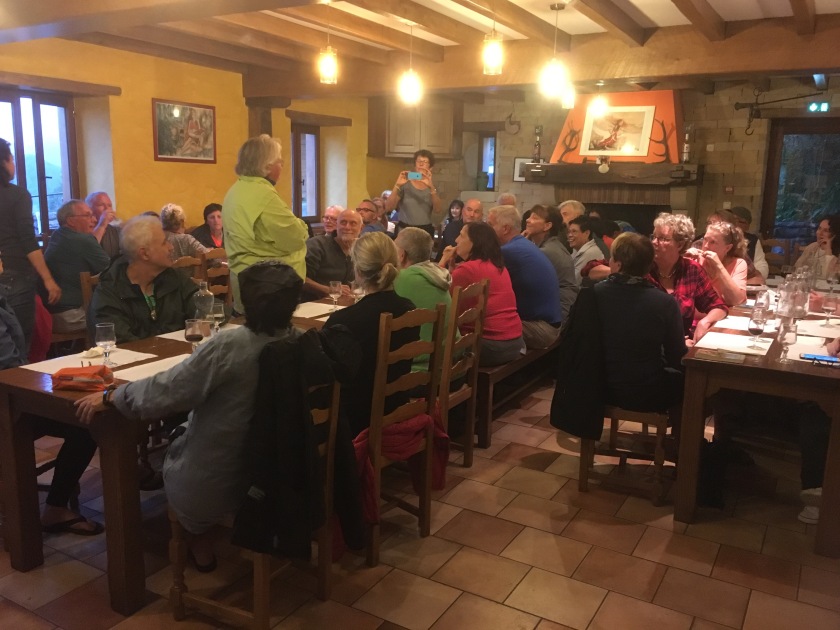 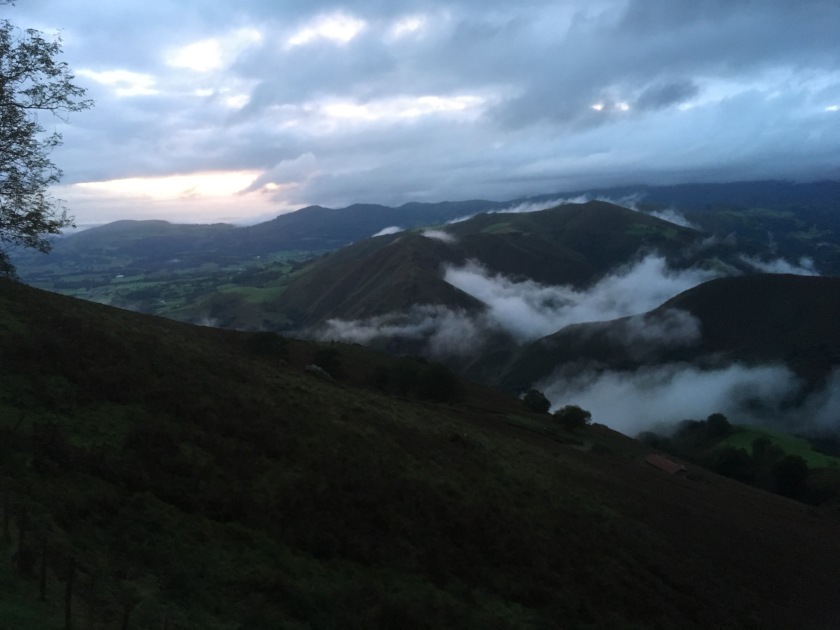 This is a text widget. The Text Widget allows you to add text or HTML to your sidebar. You can use a text widget to display text, links, images, HTML, or a combination of these. Edit them in the Widget section of the Customizer.
Loading Comments...
Comment
×
%d bloggers like this: